Kidd Kidd drops a new project that he seems to have taken a step backwards on. His bars are pretty basic throughout. His flows are what we would expect at this point. His use of autotune can be very annoying at times. There really isn’t too much that we are hitting the rewind button on with this project. The beats are pretty basic as well. There is one track that stands out amongst the rest. “Stand Alone” has a really dope beat and Kidd Kidd does a pretty decent job on the mic. There are no features at all on here. It just doesn’t appear to be one of his better recordings. We’re always checking for Kidd Kidd. This one just didn’t do it.

Like Loading...
This one wasn’t as strong as a release for Kidd Kidd as I had hoped for. Kidd Kidd delivers song after song that is just littered with auto-tune in a last-ditch effort to stay relevant it almost sounds like. The closeness with his family, friends, and community is very dope and that comes across in many of his lyrics, but the complexity of his bars is pretty lacking. So he has got the authenticity, but he is lacking more of the talent side on this project. The beats are pretty standard on here as well. You’re not really going to get too much that is rewind-worthy there. This is the type of project you will probably only be listening to once and moving on. Better luck next time Kidd Kidd.
OVERALL RATING: 1.5 out of 5 Cheesesteaks
#kiddkidd #itskiddkidd #peanutfrommazant #mazantst #mazant #newwarleans #gunit #g-unit #2014mazantstreet

Kidd Kidd is back with another dope mixtape. This is a dude that I don’t think gets the shine that he deserves. After being put on by 50 Cent and G-Unit and then sort of forgotten about by them, it’s good to see he is still out here grinding. They talk about the “it” factor. Some people just have “it.” Kidd Kidd is one of those rappers that just has it. He definitely does his thing on the mic. He might not be the most technical rapper ever, but he makes you feel his bars. His flow is strong, his wordplay is good, and he can get visual when he gets on certain themes on his songs. This project sounds a little different. I hate to say it like this, but it almost sounds like he took a step backwards with the beats on here. I’m not trying to say it is whack at all. It just sounds like it is not as highly produced as other projects have been. That aside, I think he did a good job here with this latest offering. “Fucked Over” is a deeply personal song about how he has been back-stabbed in his life. It’s good to see an artist show that kind of vulnerability. “No Mumble Rap” was a dope track as well as he showcases his lyrical skill on the mic. If you are a fan of the Mazant man himself, you definitely wanna check this out.

OVERALL RATING: 3.5 out of 5 Cheesesteaks

Kidd Kidd did a decent job with this release. This was the type of project that started out pretty good and dipped off slightly towards the end. With the bars, Kidd Kidd is pretty consistent. His flow is what carries him for the most part. I think he gives us a good portrayal of street life while keeping it moving with a versatile flow. He even switches up his flow on the first couple tracks to show us what he is capable of. The beats are pretty decent on here in the beginning. I think they are some decent tracks to ride to. There is nothing really Earth-shattering here, but it’s definitely a good effort. This isn’t his best work and it’s not his worst work. If you like Kidd Kidd, you will enjoy this project.

OVERALL RATING: 3 out of 5 Cheesesteaks

Kidd Kidd is hit or miss on mixtapes and this one was a miss. I think it is probably more on the fault of this rapper Deeday that is on here but nevertheless, they are both partially responsible for this miss. The lyrics are not good on here. Anytime I hear this Deeday rap, I lose a little more hope for the future of the culture. He has got to go back to his day job at Arby’s. Kidd Kidd usually delivers pretty good, but this is not his best work either. The beats on this album aren’t too good. There is nothing memorable and nothing that sticks with you after listening. I’d really like to see Kidd Kidd fall back for awhile and cook up a studio album that is really worth listening to instead of coming out with these half-assed attempts every other month. I know he has got it in him, but it certainly didn’t show through on this one.

This was a great redemption for Kidd Kidd. He seems to be hit or miss on tapes but this one seemed to really hit the mark pretty well. He really seems to tap into his roots and goes back to the neighborhood to get inspiration for this one and it paid off. As far as rhymes, he really gives us a clear vision of his life growing up and currently. You can almost see how his hood shaped him into the person he is. His flow is great and often matches the beats perfectly. He may not be the most technical or most complex rhymer ever but there is something about his delivery that just works. The beats are pretty decent on here as well. A lot of hard hitting drums and clever, melodical samples form the backdrop for this painting. I’d say the standout track is probably “SMH” in which he lets people know where he stand now and how you should have stuck by him on his ascent. This is overall a very strong release and deserves a few spins.

OVERALL RATING: 4 out of 5 Cheesesteaks

This project is fantastic. Such a strong release from the G-Unit crew that must have been lost in the mix or something. It does have a bit of a dated sound which is an absolute compliment. The beats on this joint are fantastic. It’s like fire track after fire track. All of the members of the Unit shine on every track. The only 2 tracks I didn’t really care for are the last 2 but everything else is superb. Kidd Kidd really shines as he displays how he can ride the beat. His flow is crazy. Lloyd Banks does what he always does best. He is so lyrical and really shows his complicated rhyme style while riding the beat perfectly. Tony Yayo comes hard with the in your face rhymes that catch your attention. Young Buck definitely rounds it out with his down south style and his way to provide a good sound on hooks. The stand out track on here is probably “Set The Pick” which features everyone perfectly on the hot beat. Another hot joint is the “Free Young Buck Freestyle” in which Buck raps over a great collection of  classic down south beats over the last 20 years. This is a must listen. You will not be disappointed with this release!

OVERALL RATING: 4 out of 5 Cheesesteaks 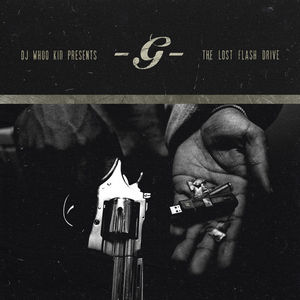 This project is hot garbage. I like Kidd Kidd and I always check for him. But this album is almost un-listenable. There really isn’t too much to say about this one other than the obvious. The beats are boring. The rhymes aren’t very well constructed. Pretty much a no-effort release. The only track that stuck with me after listening was probably “Left Field.” It’s definitely more of a radio-friendly track. It seems to be the only track where the song actually “worked” and his flow matched what the track called for. I chalk this up to the fact that the internet demands such quick turn around times on music. It’s either quality or quantity and sadly, a lot of talented rappers are sacrificing quality for quantity. I hope Kidd Kidd tries harder on the next one.

OVERALL RATING: 0.5 out of 5 Cheesesteaks

This project is a hot plate of garbage. I actually like Kidd Kidd too. I think he has some good lyrical content and puts his words together cleverly, but I just cannot get down with this project. The beats are probably the worst part of this project. He has picked some of the most mundane and repetitive “current” beats. I’m sick of hearing the same old “club banger” beats and rappers spitting whack freestyles over them. Go back to the classics and show us what you can really do on the mic. This project is very disappointing because I know Kidd Kidd can spit better than this on some better beats.

OVERALL RATING: 1 out of 5 Cheesesteaks