Rampage from the almighty Flipmode Squad drops a brand new project called The Quarantine Chronicles. It seems like he had some time on his hands with the quarantine so he decided to touch the fans again. As far as his bars go, they are certainly not the best ones out there, but they are decent. They do show his thoughts and creativity during these times though. He definitely drops some jewels and some real feelings on some of these songs. The production on here is definitely the stronger side of the coin. There are some really well produced tracks for Rampage to flow over. I almost wish he had some more features on here to hear other rappers get down on the tracks. All in all, not a bad album at all. It’s a quick listen at only about a little over a half hour. Flipmode Squad fans rejoice because this will be dope to them.

OVERALL RATING: 3 out of 5 Cheesesteaks

Like Loading...
This album from Flipmode Squad member Spliff Star comes off more like a mixtape than an actual album. The intro and the outro pretty much have it sounding like it is being played on the radio complete with DJ drops and shoutouts and all. Lyrically, you’re not really going to get anything spectacular here. On the mic, he sort of just keeps it moving more than anything else. The beats are a bit of a mixed bag. You get some really hard sounding tracks, you get some more trap sounding beats, and you even get some island flavor. There was nothing that was really mind-blowing at all, but there were some high points. The title track “Food” is a slapper. “Big Rings (remix)” is another dope track that features Maino and Jadakiss. Kiss definitely crushes it on his verse. Although the project is underwhelming, it’s not a whack project. Flipmode fans will probably appreciate the effort. I think we would rather see the whole crew on a project again though.
OVERALL RATING: 2.5 out of 5 Cheesesteaks
#spliffstarr #food #flipmodesquad 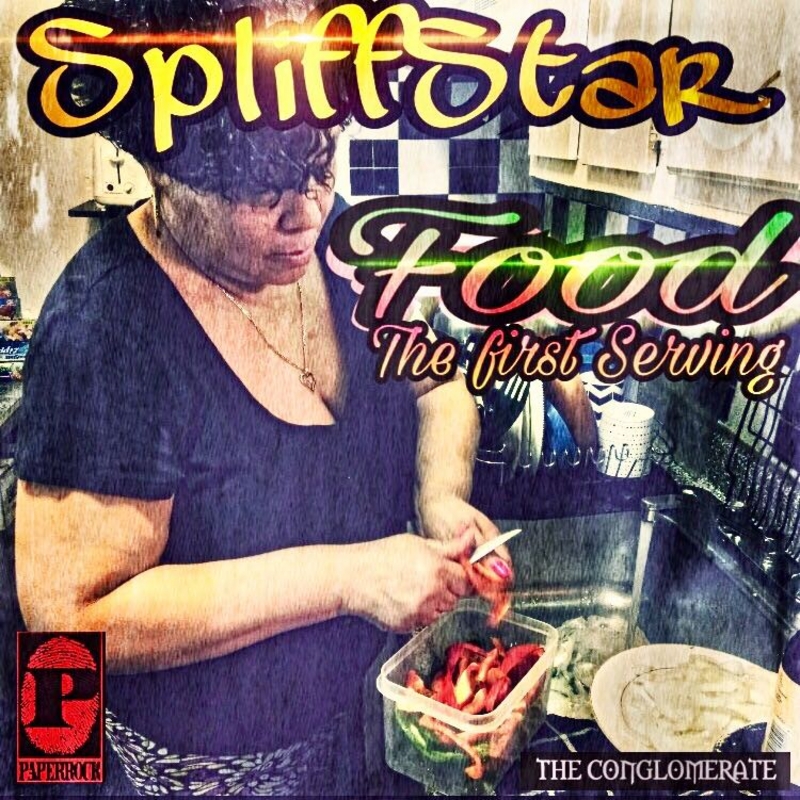